The Unexpected Truth About Happy Kids 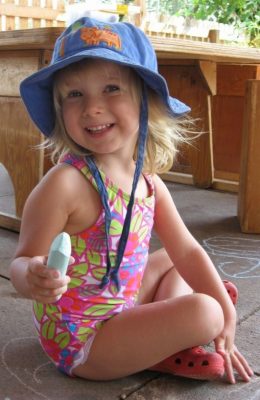 I have now concluded that helping a child acquire high level of intelligence and language is surprisingly easy to do in most instances. On the other hand, helping a child to become socially effective and a pleasure to live with has turned out to be considerably more difficult.[i]

Fortunately for us, Dr. White’s long-term observations of thousands of families allowed him to see patterns of parenting behaviors that did lead to happy, well-adjusted children, and he wrote a book about it.

We all want our children to be happy, and we probably wish that they were enjoyable as well. But, it often feels like we have to choose between “happy” and “enjoyable,” and that happiness almost always wins out. “As long as she’s happy, I can put up with some amount of sassy/bossy/whiny/needy behavior,” we think. “It’s my job to take care of her, and I just want her to be happy.” This thinking, while common, goes against what the research tells us.

Dr. White discovered that the children who were the happiest were those who spent the least amount of time being unhappy. Makes sense, right? While you might assume that children just come into this world happy. . . or not very happy . . . that’s only partially true: current research shows that “happiness is better though of as a collection of habits rather than a genetically endowed trait.”[ii]

Throughout my book, I’ve promoted the idea of consistency, paired with high warmth and high demandingness (another word for firm boundaries), in order to improve our own enjoyment of our children. This “formula” improves our children’s happiness as well, as Dr. White shares:

In these homes [of parents with enjoyable children], telling a child not to do something was ordinarily not repeated more than once, and the command was almost always followed up if the child resumed the forbidden behavior. Despite the real effort needed to follow through on such occasions, all of the successful parents we studied did so. In return, as the weeks went by, such parents had an easier time than most, and their children became happier than most.[iii]

When children learn early that “No means no,” they spend less time whining, demanding, convincing, cajoling, and generally being unhappy. When these children hear a parent’s decision on something, they can accept it and move on. White’s observation–that parents’ efforts to protect children from unhappiness can have the opposite effect–are backed up by studies on older children as well.[iv]

This is an excerpt from my forthcoming book, Joyful Toddlers & Preschoolers: Create A Life that You and Your Child Both Love.  It is available for pre-order on Amazon, and will be published October 2017.  Click Here for the Amazon listing.